We want ALL Modi s and involved Bankers behind bars asap 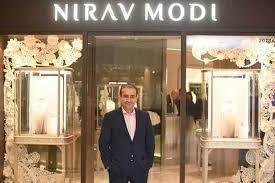 Shonu Bhadoria started this petition to Supreme Court of India and 1 other
The citizens of India deposit their money in PSU banks assuming that their money is in safe hands but the growing NPAs of PSU banks speaks something else. The bankers are not held accountable under who's hands these NPAs got created.
Mr Vijay Mallya escaped taking away 9000cr now Neerav Modi escaped with 11400cr and mr Kothari of rotomac pens is absconding with 800cr of PSU banks money.
PSU banks keep creating NPAs and the govt of the day keeps announcing bail out packages from the tax payers money. This is a conspiracy which needs to be dealt with strictly and results should be punitive
The bankers involved that is under whom these loans were granted should be jailed for not doing their assigned job properly and their assets should be siezed immediately with no retirement benefits allowed in future.
These incidents and frauds will keep happening untill that attitude of sarkari bank and the attitude of no accountability is not abolished.
It seems like the jewellery of mother India is being allowed to be looted openly by big industrialists and businessmen and the Govt of India is incapable of saving the honour of mother india. Britishers looted us and now indians are looting mother India. Though the Govt is trying hard to make India shine but such incidents say something else.
Why should the ordinary citizen be taxed to bailout the erring banks. Disinvestment the banks first so that they can work as property banks and not as money eating termites.
Look at the private banks how they generate profits and are reducing their NPAs because they r accountable to the stakeholders. If the CEO or MD doesn't perform he is fired. In PSU banks he is transferred from one appointment to another.
It's sickening to see our hard earned money being deducted as tax is being looted and allowed to be looted and not a single penny being recovered.
The citizens will take out their money from theses banks and deposit in Pvt banks soon as it is the services are nothing big to talk about.
Our sincere request to the Supreme court of India and to other authorities like the RBI is to ask the govt of India to take punitive action against the fraudsters and their allainces be it the top banking officials or any politician asap before the citizens faith from the system is diluted.
Jai hind
See
https://www.change.org/p/supreme-court-of-india-we-want-nirav-modi-and-involved-bankers-behind-bars-asap
We want ALL Corrupt Modi s and involved Bankers behind bars asap LaMo SuMo NiMo